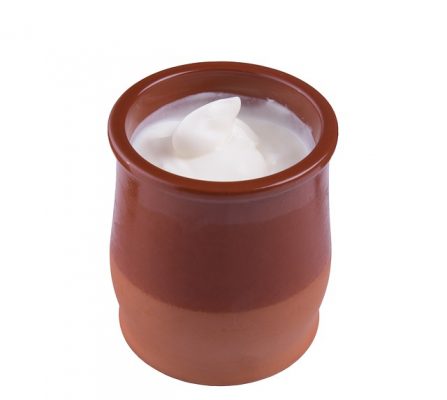 A buy one, get one free promo has convinced you to buy two containers of sour cream. Little do you realize that these are only capable of lasting for a week or so. You were hoping that the amount of sour cream that you bought would be able to stretch out until the end of the month, so would it be possible to save them in the freezer?

It is disappointing knowing that you can only have your groceries fresh for a short amount of time, so being able to freeze them would not only save you money from purchasing more, but also help you save time you might spend going on extra trips to the store.

Sour cream can be frozen, although it will change its texture after being thawed. Many don’t like the texture of sour cream after it has thawed. However, the extra time that it can last in your freezer is worth the extra steps necessary for maintaining the frozen sour cream.

Can You Freeze Sour Cream?

Sour cream can be preserved by means of freezing, but before doing this, one should be aware of the change in texture from smooth to clump.

The texture of thawed sour cream is similar to cottage cheese, with solids from the dairy separated from the liquid instead of blended together.

This strange consistency is what causes many to dislike freezing sour cream, but considering the six months that it can last while frozen, it’s easy to fix.

Just because the sour cream comes out of the freezer that way doesn’t mean that it can’t be made smooth again. It can return to a very close original texture after being mixed and microwaved.

The freezing process is easy, as the sour cream can just be placed inside a freezer while still in its original container and thawed in a refrigerator.

Aside from this, there are no other ways to preserve sour cream. Being a dairy product and a quick to perish one, it would not be recommended to leave it out of a refrigerator.

How to Freeze Sour Cream?

Even if sour cream is quick to spoil, there aren’t many bells and whistles to go through in order to preserve it. There’s no need to worry about any special equipment or pre-cooking, either. There are ways to restore the original texture, but this will really only be needed for recipes where sour cream is part of a dip.

Deviled eggs are hand foods that can be set out during dinner parties. They are basically hard-boiled eggs with sour cream whipped with the yolk.

Sour cream and chive potatoes are a lot like baked potatoes but have a creamier twist to it.

Ranch dressing is a classic salad topper, but can also serve as a slightly tart but creamy dip.

Yes, you can freeze sour cream. Your freezer-safe container needs to be tightly sealed and completely full before freezing so that no air will get in while it’s being frozen or while it’s defrosting. If you leave any empty space before closing the lid, ice crystals will form on your sour cream and dry it up while ruining its taste.

Freezing also preserves texture which means your frozen sour cream will taste just as good after being thawed out again. However, I recommend eating your frozen sour cream within a month of putting it in there because the longer you keep it in your freezer, the more likely it is to spoil. Now that you know how to freeze your sour cream, please share your experience with me in the comment below.