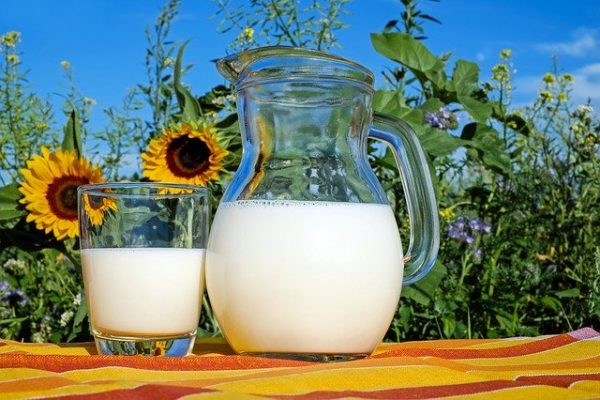 As a mother, you have noticed that there is a leftover amount of breast milk that you’re baby hasn’t managed to finish. If you keep this out in the open or in the fridge, it’s sure to spoil. Given the difficulty of collecting breast milk, can it be kept and preserved in the freezer?

This question is not one that is asked just by mothers, since in general, being able to preserve milk can lead to a lot of savings.

The answer as to whether or not breast milk or milk in general can be preserved through freezing is yes. There is a change in texture that causes most people to not want to drink it, but it can be frozen for use in recipes or as a coffee creamer.

Can You Freeze Milk?

When frozen, a fresh carton of milk will stay fresh until around three months as compared to the usual one week if left in the refrigerator.

Breast milk on the other hand, can be frozen for as long as three to five days as compared to the several hours it would normally last at room temperature and in the fridge.

While stored in the freezer, milk fats have a tendency to separate from the liquid, which is what causes the strange grainy texture.

The grainy texture is what deters people from drinking the milk once thawed, and so using it in a recipe is recommended.

When freezing, it is also worth taking note of the milk’s change in color, and although yellow, does not mean that it has spoiled.

There are other ways of preserving milk such as canning and dehydrating, although dehydrating will make the milk lose vitamins and its flavor.

How to Freeze Milk?

Compared to other food items and dairy products, milk is fairly easy to store in the freezer. There is little to worry about aside from what to use when storing and how much milk to put in each container.

How To Use Up Extra/Leftover Milk?

Milk is a staple in many households, but what do you do when you have extra milk? Here are five delicious ways to use up your leftover milk:

So there you have it – five delicious ways to use up your leftover milk. Next time you find yourself with extra milk, try one of these recipes and enjoy!

Iced coffee with milk puts a twist on how coffee is normally creamed. The absence of water ice cubes prevents the drink from becoming watery.

Pastillas are a sweet sugar candy that can be made with only a few ingredients and serve as a great dessert.

Pasta in white sauce is classic and can be adjusted to include seafood, bacon and other toppings.

You can freeze milk if you plan to use it for cooking. As far as drinking is concerned, I would advise against it since freezing will change the taste and texture of milk. The milk might go sour faster than usual or become watery. If you really want to freeze it, here is how: place the milk in a freezer-safe container, leave enough space for expansion (about ½ inch), cover tightly, and put it in the freezer.

How do you plan to freeze your milk? Share with me in the comment section below! I am looking forward to hearing from you.