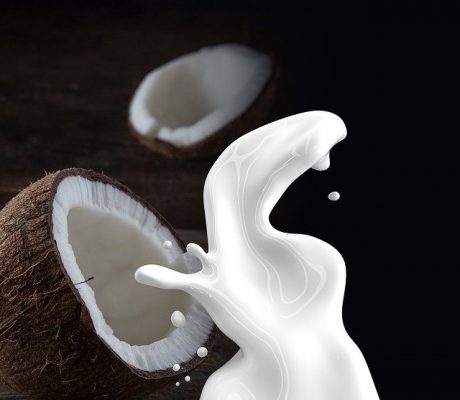 I’ve always loved dishes with a hint of coconut flavor. Because of this, I end up using coconut milk on a lot of recipes. However, a number of these recipes only call for a few cups at most, leading to some leftover coconut milk. How can I store the remaining milk properly?

Coconut milk is definitely a great addition to all kinds of meals and treats. Unfortunately, it is often sold in large cans or packs. It’s a good thing that you can store it for future use.

Coconut milk can be frozen to prolong its shelf life. With the correct storage and defrosting, you can use it for various recipes. As an alternative, you can also store it inside the refrigerator, but it won’t stay fresh for as long.

Can You Freeze Coconut Milk?

There should be no significant flavor difference between fresh coconut milk and the frozen one. Make sure to store the milk properly to avoid odor transfer in the freezer.

Freezing coconut milk will result in a change in texture, making it a bit grainier. It is best used in a dish that doesn’t need the creaminess of coconut milk.

Coconut milk will probably separate during the freezing process. To combine its components, you may opt to warm the milk up then blend thoroughly.

It takes a lot of time to defrost coconut milk. Oftentimes, thawing coconut milk inside the refrigerator takes several days. If you’re in a hurry, microwave it on the defrost setting.

Powdered coconut milk also serves as an alternative to the canned or packed ones. This is especially efficient when preparing meals that need smaller amounts of coconut milk.

If there’s no space to store the coconut milk in the freezer, you can store it inside the refrigerator instead. Just make sure to use it within a month of opening.

How to Freeze Coconut Milk?

Coconut milk is a popular alternative to the usual dairy products. To store your leftover coconut milk and use it in other dishes, simply follow these steps:

Freeze in small batches in a silicone bowl or an ice tray.

Freezing coconut milk is simple and can be done without taking up too much space. It is best to freeze the contents of one can in a silicone bowl or an ice cube tray, then move it to a freezer bag for storage. This prevents the milk from spilling if another item has been placed on top of it in the freezer.

It is best to leave the coconut milk in the fridge to defrost.

Even though it may be tempting to use frozen coconut milk right away, there are several benefits of letting it thaw slowly over time. If thawed quickly, ice crystals can form and cause some separation between water and oil. It is best to leave the milk in the fridge overnight and use a fork or spoon to break up any large chunks before using it again.

Coconut milk can “break” when thawed, so use an immersion blender to restore it.

Coconut milk tends to separate when frozen and thawed, causing a layer of coconut oil on top of a puddle of water. To bring the texture back to normal, there are two options. If making smoothies or sauces that require blending, then simply blend as usual with an immersion blender once the coconut milk has been defrosted. For recipes that do not call for blending (ex: curries), warm up the mixture a saucepan over low heat until the desired consistency is reached.

Use frozen coconut milk directly in soups and sauces, no need to thaw.

While it is recommended to defrost frozen coconut milk first, its watery texture makes it a perfect addition to soups and sauces without the need for thawing. It can also be stored directly in the freezer until production or consumption, thanks to its antimicrobial properties.

Make Chicken Curry in Coconut Milk by following this recipe. The ginger garlic and sour tamarind paste delivers a blast of flavor to this dish.

A quick and easy dessert to make is this simple Coconut Pudding. It’s a great treat for hot summer days especially for children running around!

Add the coconut flavor to your healthy smoothies by using coconut milk instead of the usual soy or almond milk. This drink will refresh and hydrate your body.

Yes, you can freeze coconut milk. Frozen coconut milk will last for 2-3 months in the freezer. To freeze it properly, transfer your leftover coconut milk into a heavy-duty freezer bag or container and remove any excess air. For smaller portions, fill ice cube trays with the cream before freezing them inside containers that are also sealed tightly against air. Coconut milk should be thawed by placing it on the countertop for several hours or defrosting it in the microwave at 30-second intervals until soft enough to use as desired.