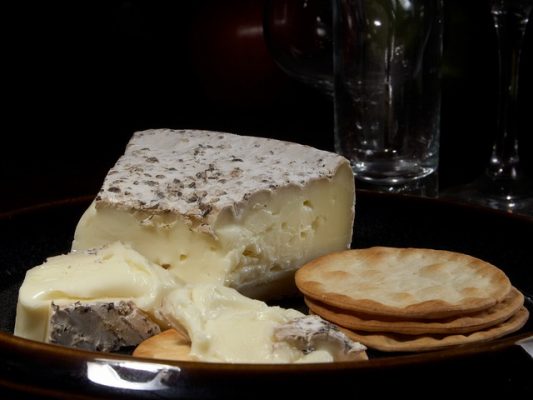 My sister loves Brie cheese. She puts it on everything! She puts it in her sandwiches, salads and pasta. But like most cheeses, it spoils easily. Aside from this, it is a rare and expensive find. My sister ends up using a different type of cheese. She has constantly asked me a way to preserve it. Can you freeze  Brie cheese?

According to the Innovation Center for U.S. Dairy, cheese is the most flexible food, in the sense that it can fit into almost any meal plan. This makes it an excellent staple in one’s kitchen. However, cheese and other dairy products usually come with a ‘best before’ tag. Most people are unable to consume their cheese and the like before the expiry date.  Therefore, these items often end up in the dumpster.

But fear not! There is a way to preserve it! Unlike most cheeses, Brie cheese could be frozen! However, one has to be very careful in following the freezing process so as to ensure the freshness of the product.

Brie is a soft cheese made from whole or semi-skimmed cow’s milk. It is named after a region in France, from which it was invented. It has a pale white color under a thin layer of mold (also called as a rind). It is often confused with Camembert cheese which also originates from France. But what distinguishes Brie from Camembert is the rind. Camembert is usually cut from larger wheels hence most do not have a rind.

It is usually used, as you’ve earlier mentioned, in salads, sandwiches and the like. It is a very good source of protein and vitamins B12 and B2. Aside from Brie cheese, the hard cheeses are the best ones to freeze like Cheddar, Mozzarella, Edam, Parmesan, Swiss and Camembert. Meanwhile, it is not a good idea to freeze soft cheese like Cottage cheese and Ricotta cheese.

Although freezing the brie cheese extends its shelf life, it does not fully preserve the taste and the texture of the product. Some experienced chefs say that once Brie cheese is frozen, it is best used only for cooking. When thawed, Brie cheese could taste a little bland and it would feel a bit crumbly or grainy in the mouth.

It is also advised to only freeze Brie cheese once. Do not thaw all the frozen cheese at once. Only thaw what you need for the day.

Also, be aware though soft and runny cheeses like brie cheese should ideally only be stored for a month. Meanwhile hard cheeses, if properly frozen could be stored for three to six months.

Here are the steps to freeze Brie cheese

Brie Cheese is often called as the ‘Queen of Cheese’. To add to your sister’s list of Brie cheese recipes, here are some of our personal favorites!

This recipe is a twist to your typical baked stuff pie. The cranberries and walnuts complement the subtle nutty and fruity taste of Brie cheese! It’s very easy to make and perfect for afternoon teas and picnics. You can find the recipe here:

Who knew cheese and pear would be a perfect combination? Bump up your breakfast with this sweet and tangy cheese sandwich! The recipe could be found here:

Brie Cheese is not only great in savory dishes, it’s also great in desserts. This recipe is perfect for the holidays. It is a quick and easy to make plus it’s a great way to increase your intake of Vitamin C. Watch how to make it here: