If you have ever made bread pudding and had leftovers, you may have wondered if you can freeze it. The answer is yes! Read on to find out how to do it. 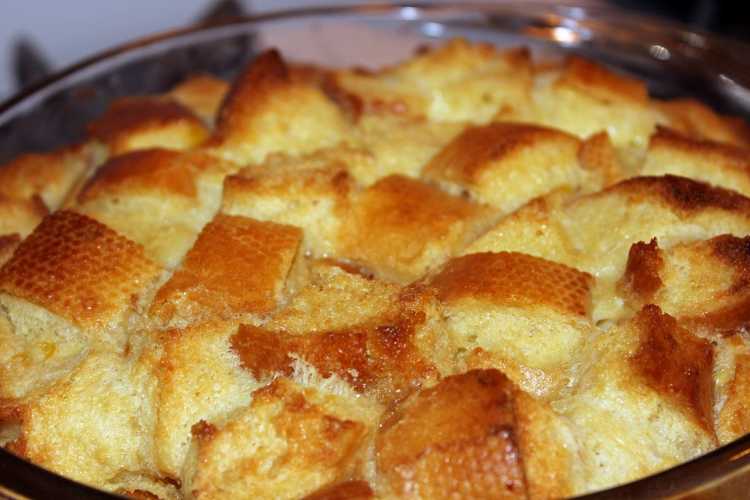 Can You Freeze Bread Pudding?

How To Freeze Bread Pudding?

How To Thaw Frozen Bread Pudding

The best way to thaw frozen Bread Pudding is to place it in the refrigerator overnight. If you need it sooner, you can place it in a bowl of cold water for about 30 minutes.

How Long Does Bread Pudding Last (Stays Fresh) Outside at Room Temperature?

Details, safe: According to the U.S. Department of Agriculture, bread pudding will stay fresh outside at room temperature for two hours. After that point, it is no longer considered safe to eat.

Bread pudding is a relatively dense dish, so it will take longer for bacteria to grow on it than something like cake or cookies. However, as with any food, it’s best not to leave it out for too long in case of accidental contamination. If you’re not going to eat all of your bread pudding right away, store it in the fridge instead!

How Long Does Bread Pudding Last (Stays Fresh) in the Fridge?

Bread pudding will last for about 3-4 days in the fridge. It’s best to store it in an airtight container to prevent the bread from drying out.

Bread pudding is a relatively safe food to eat, but it’s important to remember that it does contain dairy and eggs, so people who are allergic to those ingredients should avoid eating bread pudding.

How To Use Up Extra/Leftover Bread Pudding?

1. Turn it into French Toast: Dip stale bread pudding in an egg mixture, then fry in a pan until golden brown. Serve with syrup or honey.
2. Make Bread Pudding Ice Cream: Soften leftover bread pudding by microwaving for 30 seconds. Mix with 1 cup of ice cream (vanilla or your favorite flavor) and freeze in an ice cream maker according to the manufacturer’s instructions.
3. Make a Bread Pudding Cake: Preheat oven to 350 degrees F (175 degrees C). Grease and flour one 9×13 inch baking pan. Mix together 1 cup of sugar, 2 tablespoons of all-purpose flour, 2 teaspoons of baking powder, and 1/2 teaspoon of