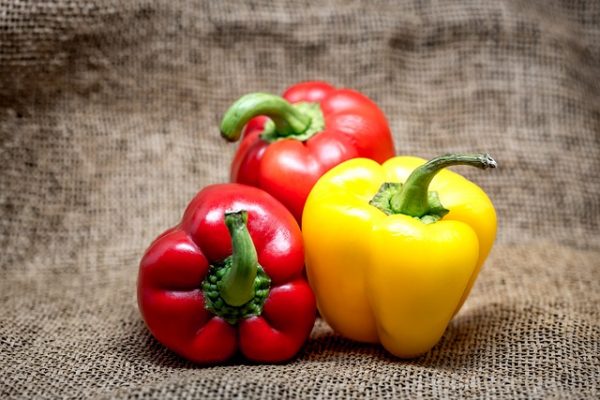 My sister brought me a ton of bell peppers from her garden. I like using them for my recipes and I want to have a stock of them all year round, but I’m afraid that they might go bad. Could I freeze them for longer storage? If I could, how long would they last before spoilage?

Bell peppers are a type of pepper that has a sweet flavor and is commonly used in many dishes. They are a good source of vitamin C. If you have way too many bell peppers, or if they were on sale and you couldn’t pass them up, here’s what you can do with all the extras! This article will answer the question “Can You Freeze Bell Peppers?”

Freezing bell peppers require a little amount of effort. All you have to do is clean and cut them into slices and then put them in the freezer, no blanching required. Bell peppers could last for months when frozen, but they could get a little limp and mushy because of its water content.

Can You Freeze Bell Peppers?

Bell peppers can be stored for up to 12 months when placed in the freezer. Some resources suggest using them up until 8 months from storage for best quality, but it can be used within 12 months if stored well.

If you intend to store your bell peppers in the refrigerator or in your vegetable bin instead of freezing them, it would be better to keep them whole instead of slicing them for longer storage.

Some people experience problems when freezing bell peppers because they become limp and less crunchy after thawing. It is recommended not to blanch the bell peppers before freezing them to have a crisper and fresher texture.

Bell peppers that turn soft when they are thawed could still be eaten, but it would be quite unpleasant to eat them raw. It would be better to add them into your recipes by cooking them.

You can tell when bell peppers have gone bad when they become slimy. Eventually, molds will begin to grow, so it would be best to get rid of them once they start getting that slimy texture.

Keep in mind that bell peppers would not have the same texture as those that were freshly harvested. This is because bell peppers have large water content, making them form ice crystals quickly. Nevertheless, freezing them is still the best option for longer storage.

How to Freeze Bell Peppers?

Freezing bell peppers is a quick and simple process. Be sure to select fresh and blemish-free bell peppers to be frozen.

Option 1: blanching. To blanch the bell peppers, put them in boilable bags with your favorite seasoning if you want to. Seal the bag well, make sure to press out the air. Submerge the bag in boiling water for 3 minutes (halves) or 2 minutes (sliced, diced, ringed). Cool the bags in iced water and pat dry, then put them into the freezer.

Option 2: after slicing, lay them on baking sheets and freeze them. After 12-24 hours or when they are fully frozen, put them in air tight freezer bags and throw them back into the fridge.

How To Use Up Extra/Leftover Bell Peppers?

Bell peppers are a versatile vegetable that can be used in a variety of dishes. But what do you do when you have extra bell peppers? Here are five delicious ways to use up your leftover bell peppers:

So there you have it – five delicious ways to use up your leftover bell peppers. Next time you find yourself with extra vegetables, try one of these recipes and enjoy!

With only a few ingredients, this easy roasted peppers recipe will make a great side dish to your meals. Find it here:

This roasted bell pepper soup is perfect for bringing some flavors of summer with you for the winter. See the recipe here:

Add a twist to your usual risotto by putting some bell peppers in this Italian dish. Check out the recipe here:

Bell peppers can be stored for up to 12 months when placed in the freezer. In order to avoid any problems with freezing bell peppers, some tips are: don’t blanch before placing in the freezer; do not freeze whole bell pepper. After thawing use them by adding them into recipes instead of eating raw. Have you ever tried freezing Bell Peppers? What were your thoughts on the texture when thawed? Leave a comment below and let me know!