Reader Question – One of our family’s favorite foods is oysters. Whenever we find oysters on sale, I immediately go on a buying spree – frequently buying more than we can eat in a few days! Since I don’t want any oysters to waste, I would like to know if I can freeze them and eat them later.

Fresh and raw oysters are great treats for children and adults alike! Whether during the cold winter or the warm summer days, you can eat this salty seafood by shucking and slurping or cooking it into your favorite meals.

Yes, you can freeze oysters. Oysters may be frozen while in their shells or shucked with the oyster liquor. However, once oysters have been frozen, they cannot be consumed raw because the freezing process kills them. However, you can still cook them in various soups, stews, casseroles, and chowders. The texture and flavor of the frozen oysters vary from that of raw ones but can still add that distinct taste to any meal. 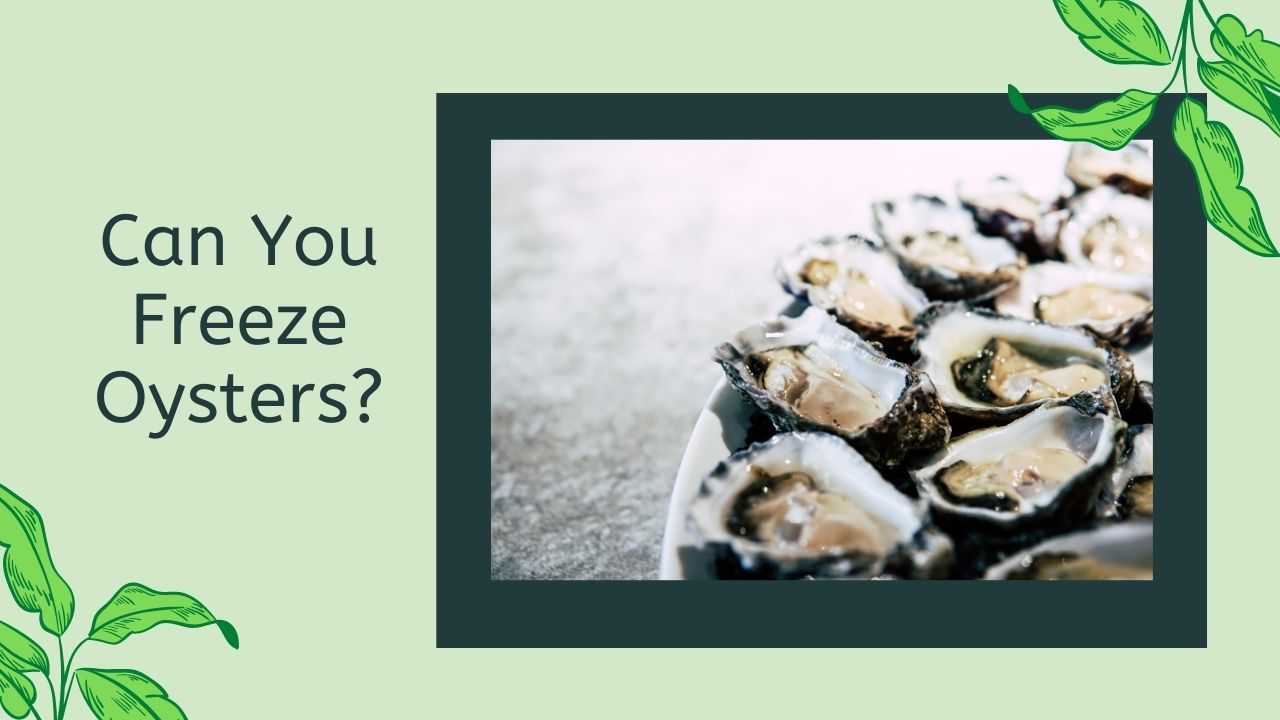 Can You Freeze Oysters?

If you have enough space in your freezer, keep the live oysters within their shells to retain a more flavorful taste. Make sure that the shells are scrubbed clean to avoid any mess when thawing them out.

Test whether an oyster is still alive by tapping on its shells. The shells should close tightly. Any oysters with open shells should be thrown out as they are already dead.

Shucking can be done ahead of time for convenience or storage purposes. After shucking and cleaning the oysters from shells, submerge them in the oyster liquor. Add water if the alcohol is not enough to cover the oysters.

Remember that freezing kills the oysters! This means that you cannot eat them raw after freezing. Instead, cook the oysters and add them to your favorite casseroles and meals.

The soft flesh of the oyster will change after freezing and thawing it. If this change in texture bothers you, you can blend the oysters and mix them into your soup.

Keep frozen oysters for one to three months. However, for the best flavor and quality, reheat and cook the frozen oysters within weeks of preparation.

How to Freeze Oysters

Whether in-shell or shucked oysters, freezing is the best way to retain flavor and prolong the shelf life of this tasty seafood treat.

How To Use Up Extra/Leftover Oysters?

If you find yourself with extra oysters, don’t worry – there are plenty of ways to use them up! Here are five delicious ideas for what to do with your leftover oysters:

1. Make a soup – Oyster soup is a classic dish that’s perfect for a chilly day. Just simmer some chopped oysters in broth with some vegetables and seasonings, and you’ll have a comforting meal in no time.

2. Use them as a pizza topping – This may sound strange, but oysters actually make a great pizza topping! Just top your pizza with some chopped oysters and cheese, and you’re good to go.

3. Fry them up – Fried oysters are a popular appetizer or side dish. Just dredge the oysters in some flour and fry them in hot oil until they’re golden brown. Serve with a dipping sauce, and enjoy!

4. Grill them – Grilled oysters are a delicious and easy way to cook up your oysters. Just toss them on the grill for a few minutes until they’re heated through, and you’re good to go.

5. Make an omelette – Oysters make a great addition to an omelette. Just add some chopped oysters (and cheese, if desired) to your omelette mixture, and cook it until everything is set.

So there you have it – five delicious ways to use up your leftover oysters. Next time you find yourself with extra oysters, try one of these recipes and enjoy!

Add southern flair to your meal by having some deep-fried oysters. Best paired with tartar sauce, lemon juice, or hot sauce, these oysters will melt in your mouth and make you crave more.

These Oysters Baked with Herb Butter meal is an excellent addition to your staple holiday meals. Combining the robust flavors of herb and oyster, this recipe will undoubtedly serve as an effective appetizer!

For a quick and easy oyster recipe, go with a simple oyster stew. You can never go wrong with one of the most popular seafood stews.

Yes, you can freeze oysters. And once thawed, they should be consumed within a couple of days. Follow these steps for freezing oysters: Drain the oysters. Spread them out in a single layer on a tray or plate lined with paper towels, freeze for at least 6 hours or overnight, transfer to a sealable storage bag, and label the bag with the date.

Let me know how your experience with freezing oysters goes in the comment section below.